by Moe's Original Bar B Que 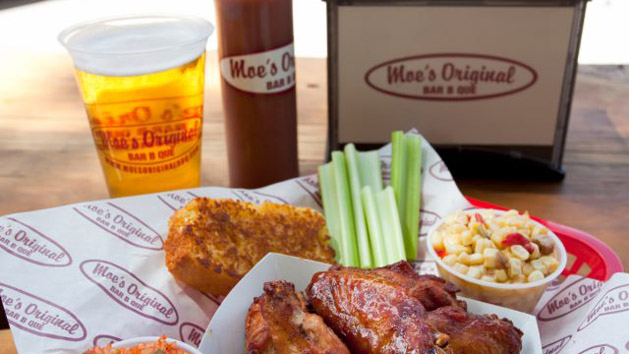 After meeting at the University of Alabama in Tuscaloosa, they instantly became friends and had a mutual interest in all things Southern: BBQ, blues, college football, and whisky. In 1988, Mike hooked up with Moses Day in Tuscaloosa and began learning to fire roast meats. When Moses fired up his backyard barrel pit, everyone in T-Town knew where to go.

The boys were lucky to learn from Moses and his distinct style makes up Moe’s original flavor of BBQ. Moe’s Original BBQ is a Southern soul food revival where great food is served in an atmosphere that is relaxed, spontaneous, yet civilized….well, sometimes.

No Comments for this product

Please login to leave a review